On a previous visit to Riga I had visited the KGB cells Museum and was taken aback by this huge block of recent history that is somewhat unknown in the UK, especially for people my age. Estonia was part of the Soviet Union until its break-up in 1991, and in Tallinn especially there are two places of note for visitors interested in the impact left on the city by the KGB. The KGB cells and Hotel Viru both offer comprehensive overviews of the periods 1940-1950 and 1970-1990 as well as personal stories of Estonian people and their lived experiences during this time. The KGB, which translates into English as Committee for State Security, was the main security agency for the Soviet Union. 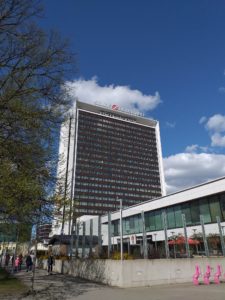 Our first stop was the KGB cells, located near the edge of Tallinn Old Town, beneath a residential building. From the street the cells appear rather unassuming, apart from the small detail of the street level windows being bricked up, an apparent attempt at the time to muffle the cries of those held captive in the cells.

The cells remain relatively intact, with the iron cell doors now cleverly transformed into small video stations, showing Estonian people recounting their families’ deportations to Siberia and experiences of the KGB in Tallinn. Down the main corridor of the cells a photo timeline of the building is shown, showcasing the original purpose of the building, through its KGB occupation and into its current day usage. 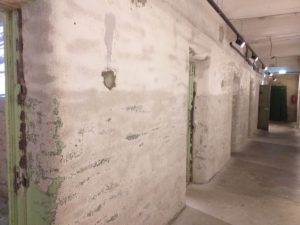 The other cells either include stories of Estonians arrested and held in the cells throughout the 1940s (notably all of those documented were sentenced to lengthy stays in concentration camps or to death), and recreations of how the cells were during their usage: the solitary confinement cell still remained as it was and was free for people to sit in.

What I enjoyed the most about this museum was that for everything that was presented, the solitary confinement cells, the wooden confinement chambers, there was a written quote of someone who had experienced time in that very element and their reflections on the period. Entry for the cells was €5 each, which I think is pretty reasonable, as though small the amount of stories and their impact were really strong. 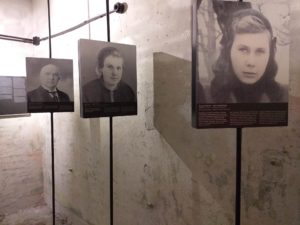 Following a quick stop off for some marzipan from a small cafe opposite the cells, we headed to the other side of Tallinn Old Town towards Hotel Viru, one of the most iconic modern buildings in Tallinn. I had read that the museum housed in this hotel was accessible by guide only, so we had to book one a few days before.

On arrival we were taken to the 22nd floor where our guide for the day, Margit, took us onto the balcony and introduced us to the Hotel and its function for the KGB throughout the Soviet era. It was said the Hotel was made of micro-concrete, 50% concrete and 50% microphones. The Hotel was commissioned by the Soviets as a symbol of power in the capital and as a magnet for tourists, especially from the west, to come and see the opulence and grandeur of the Soviet states. The intended purpose of Hotel Viru was both as propaganda for tourists, and also as a specially built mode to spy on them. The 23rd floor of the hotel was used by the KGB as a radio control room for the hotel and was off limits for tourists, with those asking what was housed there being told the view was so good it would be a security risk to see it. At the point of the break-up of the Soviet Union in 1991 the KGB fled the hotel, leaving all the radio equipment there still intact. These have been preserved by the hotel as a reminder of the dubious past of the building. 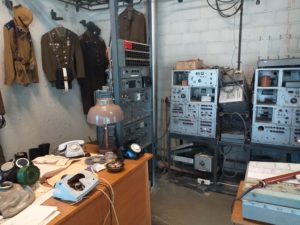 This whole museum was very focused on the times, experiences and activities of the hotel and those who worked there, however our guide (whom was living in Estonia during the Soviet era) was able to situate events happening in the hotel within the wider picture of Estonia, and especially Tallinn, at those times in a lighthearted yet really informative way. This was an absolute highlight to me as it really reinforced how recent this piece of history was, and the true impact on the day to day lives of everyday people. 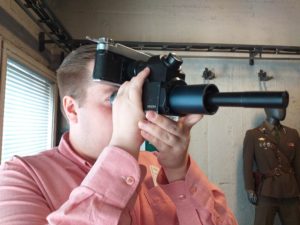 The museum was €11 each, which I think it is well worth, especially as it is guided and you are able to look at, touch and photograph everything. The tour also allows you access to the hotels 23rd floor balcony which gave some of the best views of the Tallinn skyline we saw while there.

Would I recommend? The cells and the hotel make a good day out, but if you only have time for one I’d definitely recommend Hotel Viru, just remember to book beforehand.

How long do I need? You will need an hour for both, with a 15 minute walk between the two.

How do I get there? The KGB cells are situated on Pagari Street, and Hotel Viru is just off Tammsaare Park. They are easily within walking distance of each other.