First things first, let’s get the introductions out of the way. My name’s Dom and as you might have guessed from the name of our blog, I really like beer and travelling so I’ve decided to head off around Europe and write about the best (or at least the most interesting) beer the continent has to offer.

I’ve spent most of the last nine years in Sheffield, a city rightly regarded as one of the best beer cities in the UK for its unique combination of real ale heritage and up-and-coming craft innovation. Until recently I was the editor of the Sheffield & District CAMRA branch magazine, Beer Matters, and I’ve done various blog posts and interviews for others. Doing the magazine helped ignite my passion for beer writing, and I’m hoping this blog will inspire other people to search out new and exciting beers too. 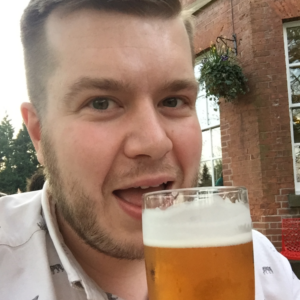 At this point you might be thinking, “European beer, hasn’t this been done before?”, but it’s not the abbey beers of Belgium or the classic wheat beers of Bavaria on our horizons. We’ll be focusing mainly on Eastern and Northern Europe, looking for under-the-radar breweries in countries like Estonia and Poland with their burgeoning craft beer scenes, as well as the ancient breweries of Latvia and Lithuania.

Any recommendations are welcome so if you think there’s somewhere we’ve missed that’s worth a visit please feel free to leave a comment below!

Hello world from me too!